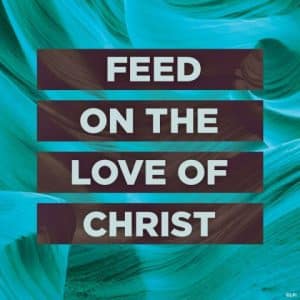 However, being an earthly ruler was not the reason the Father sent him. As Jesus will say in this Sunday’s Gospel, “You should not be working for perishable food, but for food that remains unto eternal life.” Jesus knew that the five thousand people he fed would get hungry again. Those he cured would eventually get sick again and die. What Jesus wanted to give to Israel was something that no earthly king could give his people, something that would not only have a temporary effect for one nation but that would last forever and be offered to all people of every age. By dying on the cross and rising from the dead, Jesus showed what type of a king he was — one who could free us from our sins and give us everlasting life with him in heaven, where there is no more hunger, no more sickness, no more wars, and no more death.

Earthly kings rule over lands and territories by coercion, threatening force against all who would disobey them. Jesus, however, rules over the human heart through love. Jesus is the type of king who gets to the root of what is wrong with each of us and the whole world, namely, sin. He treats the rebellion in our hearts that steers us in the wrong direction, away from his love and into selfishness.

At the Eucharist, we gather to celebrate the everlasting gift of Jesus’ love — the bread of life and the cup of eternal salvation. No military victory could have won for us the freedom from sin that Jesus accomplished on the cross. No other miracle than the Eucharist could feed and satisfy the longing within us for God. What we celebrate every Sunday is precisely this — the freedom from sin and the everlasting life which God offers us in our Savior and King, Jesus Christ.