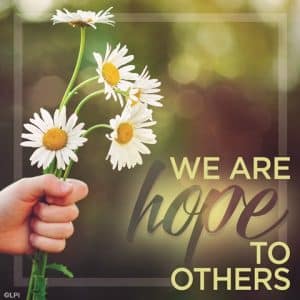 The recent weeks have been a time of shock and betrayal in the Catholic Church. Reposts, allegations, and responses have caused their fair share of whiplash among the faithful. Who is righteous? Who is corrupt? Where did the problems start, and how will they end? Who can we trust? This Sunday’s readings have some strong words for those who abuse their positions of power. It also offers hope in unlikely places.

The second reading fiercely lays bare corruption. The wealth of the rich has “corroded” and “rotted away.” The injustices they’ve done “are crying aloud.” What does James say to this exposed wrongdoing? “That corrosion will be a testimony against you.” When deep patterns of sin and corruption are front-page news, the words of James become chillingly timely. Jesus’ admonishment in today’s Gospel is equally startling. “Whoever causes one of these little ones who believe in me to sin, it would be better for him if a great millstone were put around his neck and he were thrown into the sea.” In the classic hyperbole of his time, Jesus notes that it is better to die than to lead a vulnerable person to sin.

And what are we to do with corruption in our midst? “If your hand causes you to sin, cut it off.” This seems to be the cry across the nation in the blogosphere and in local listening sessions. Why weren’t abusers “cut off”? Why was their sin allowed to endure? Why did cultures of protectionism and manipulation become the way of the Body of Christ? We don’t have the answers to these questions, at least not answers that are deeply satisfying. The readings this Sunday aren’t about finding answers. But they are about finding hope.

In the first reading, the Spirit of God falls upon Moses and 70 respected elders of the people. Two men had been “on the list,” but for unknown reasons had remained outside the prayer tent. “Yet the spirit came to rest on them also, and they prophesied in the camp.” When an alarmed assistant warns Moses, his response is one of hope. “Would that all the people of the Lord were prophets! Would that the Lord might bestow his spirit on them all!” The Gospel includes a similar story. A man — not one of the established group of disciples — is driving out demons in the name of Jesus. The apostles are concerned. Jesus echoes the response of Moses. “Do not prevent him,” he says, knowing that such mighty deeds could not be happening if the man did not have deep, authentic faith.

There are many good priests and bishops, virtuous men who strive to conform their hearts closely to Christ. But perhaps some of the hope of today lies outside where we’ve come to expect it.

For several decades now, we’ve seen the rise of lay apostolates in the Church. Though they have intimate ties to the hierarchical Church and are faithful to her doctrine, these ministries and organizations act independently to reach out in a new evangelization. Major domestic missionary movements like NET Ministries and FOCUS are lay-led. Bishop Barron is the face of Word on Fire, but his staff is mostly laity. Youth evangelization movements such as Life Teen and Steubenville Conferences feature clergy and religious working side by side with lay persons. Many institutes focused on the corporal works of mercy are staffed primarily by lay persons, including those closely affiliated with the USCCB. There is a seemingly endless list of lay apostolates in the United States and across the world.

St. John Paul II wrote an encyclical letter On the Lay Members of Christ’s Faithful in 1988. In the opening paragraphs, he issues a rousing call.

“You go too.” The call is a concern not only of Pastors, clergy, and men and women religious.
The call is addressed to everyone: lay people as well are personally called by the Lord, from whom they receive a mission on behalf of the Church and the world … Each person should take into account what he does and consider if he is laboring in the vineyard of the Lord … Since the work that awaits everyone in the vineyard of the Lord is so great there is no place for idleness. With even greater urgency the ‘householder’ repeats his invitation: “You go into my vineyard too.

Where is the hope? Perhaps some of it lies “outside the tent,” so to speak. Perhaps it grows in the vineyard, just waiting for faithful persons to get their hands dirty in the planting, tending, and harvest. Perhaps the hope is you and me.